...is currently one of the most popular movies in Korea. I've been wanting to watch this but I have to wait till somebody sub and streams it. I looked at the movie posters and though they were extremely well done...plus, I haven't done any portrait drawings in a long time. I learned a lot of new digital painting techniques in class so I was able to put them to good use. These were supposed to be quick paintings but the first one took longer than I'd expected. I print screened some progress shots. 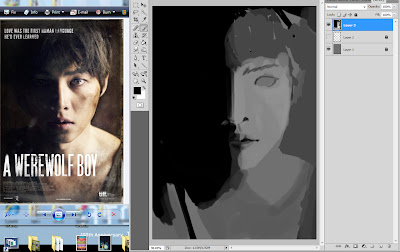 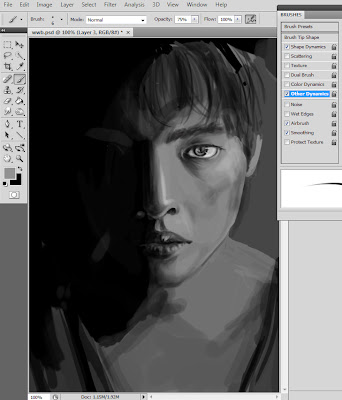 This was already pretty finished value-wise...but I wanted to take it a few steps further. 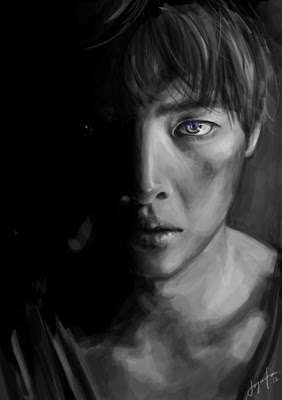 I'm a bit disappointed that I wasn't able to capture his expression that well (probably because I overdid the values). He ended up looking more fierce and less vulnerable/innocent than the original. I'm not sure how long this painting took, I was working on it while doing a million other things at once. I didn't pay much attention to the hair or areas under his face. On a lighter monitor, you can slightly see the other side of his face but my monitor is dark so I didn't bother. 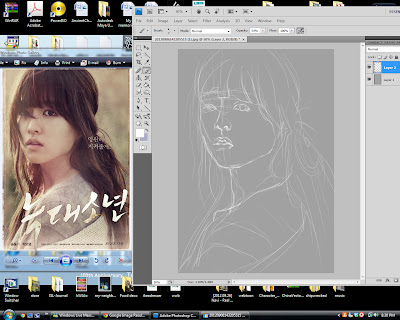 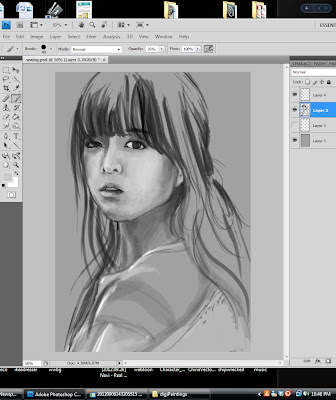 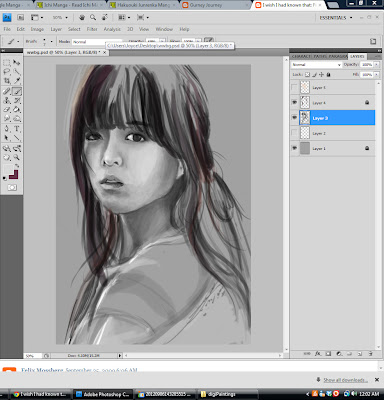 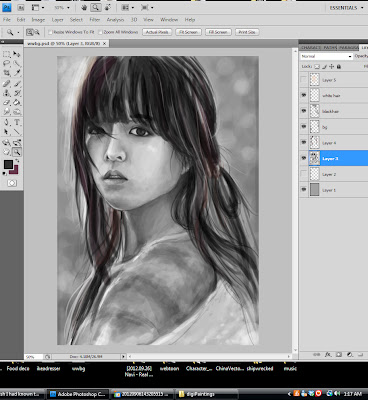 Unfinished piece I started working on last night. I'll be paying more attention to the hair for this piece. Will update this entry when the piece is finished. I might also go back and fix the first one. 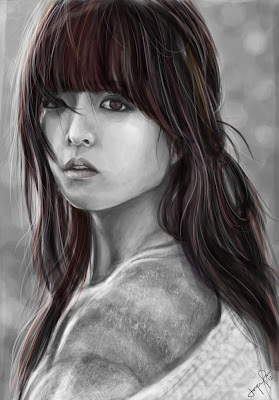 Posted by joirobo at 2:11 PM No comments:

In digital matte painting class we had to turn a morning scene into a night scene. The first part of the project was working off a step-by-step tutorial (which was extremely annoying for me). The second part was picking our any picture and transforming it. Here are before and afters. 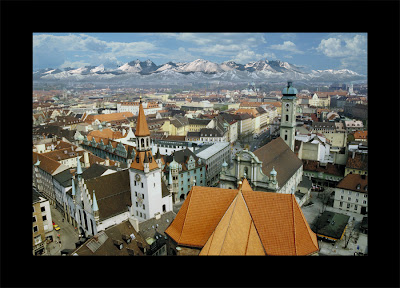 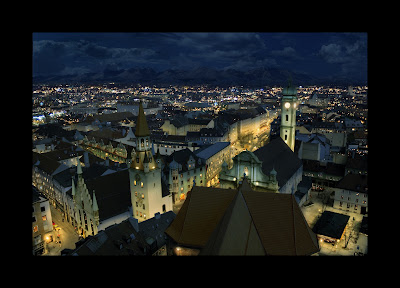 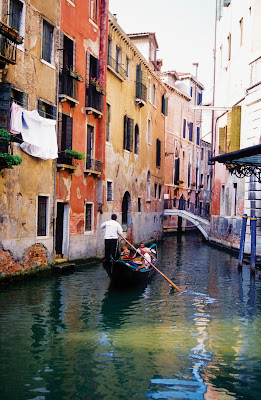 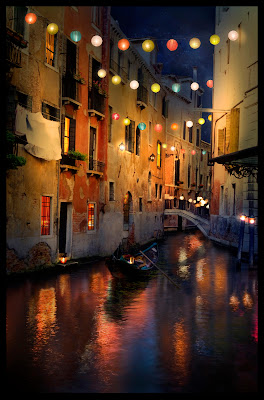 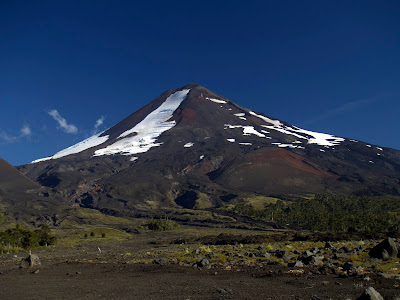 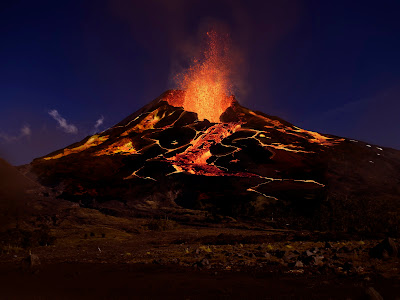 Adding lava to a scene (before and after). I'm still working on this one so its not completely finished. 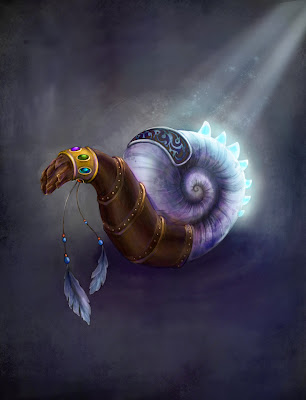 My final painted design for the World of Warcraft instrument. Honestly, I'm a bit hesitant to post this since it turned out quite horribly. I don't know...something about it irks me a lot. And its my first time painting something from my head digitally so cut me some slack? :P 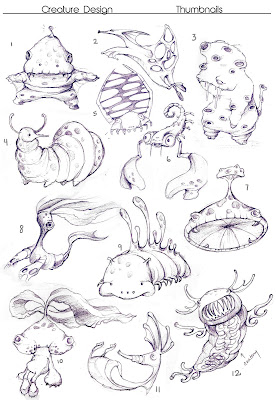 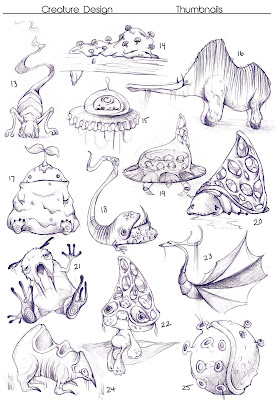 Moving on to a marsh creature design. These are my thumbnail sketches. Tried to go crazy and get as much variety as possible. 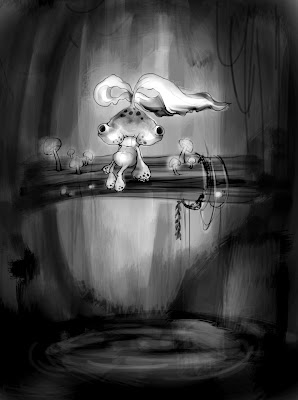 Quick tonal sketch of what the final concept may look like. My instructor asked me to go for another design so I won't be using this one (which i don't really mind since I was able to go with my first preference). 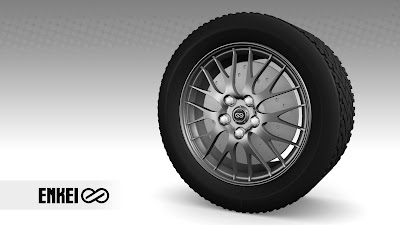 My first entire nurb model of a tire. Definitely had a lot of issues I couldn't figure out. I actually had to restart this entire model after working on for over 10 hours. Got a good critique on it but I don't think I'll be going back to fix it. Some problems were- tire tracks too thick, edges of rim weren't rounded enough (had issues with nurbs on this)..my instructor said it looks extremely odd without the caliper and I agree. I actually modeled the caliper but it turned out horrible so I left it. Yeah now I know everything about tires! 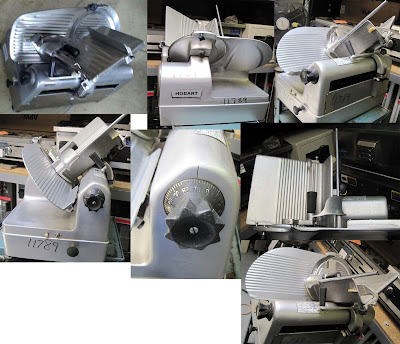 For my next modeling assignment, we were each assigned a different object based on our modeling style and abilities. I will modeling a meat slicer. I wish somebody could give me an actual meat slicer so I don't have to kill my brain cells figuring out what certain parts are supposed to look like in 360 view. 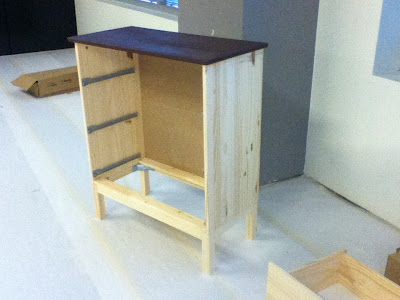 Finally finished assembling the Ikea dresser for the competition. It was a big pain...in other words, I will NEVER assemble an Ikea dresser by myself ever again. But I'm glad I can finally start painting it, thats the most exciting part. I don't what genius decided to make art students assemble dressers. Its the worst idea ever. I won't be responsible if this dresser falls apart hahah.
Posted by joirobo at 1:56 PM No comments: