I have completed my costumed figure drawing class! It was a fun and enjoyable class. Here is another class that have completely changed the way I draw and see things. I definitely have a better understanding of "where" im going when I start a drawing now.

Here are some in class sketches I've done for the course (the ones I haven't posted yet). Starting from second day of class to the final one. These are all five minute drawings from live costumed model. We were also not allowed to use pencils or erasable media (only for a quick gesture) 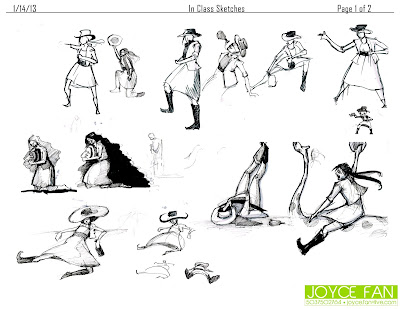 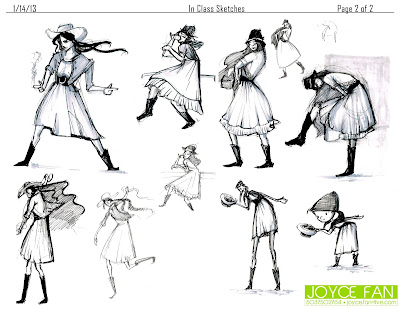 First week of drawing was  a HUGE headache for me. I was trying too hard to copy what I saw. These were 5 - 10 minute poses. 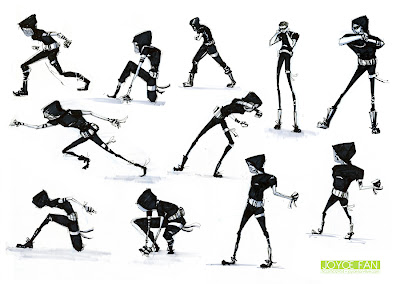 I was slowly getting the grasp of it by the third class (I took out some bad ones). The model was
awesome which made a big difference. I was learning to translate what I saw into a character rather than just trying to 'copy' the model. 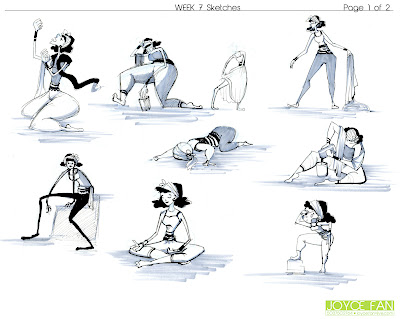 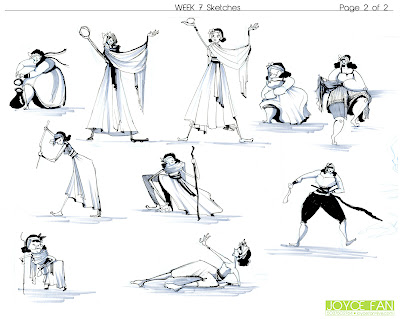 Trying to get more variety (which was something I struggled with throughout the term). Started to realize I could do anything I want to my drawings as long as I had the basic pose down. 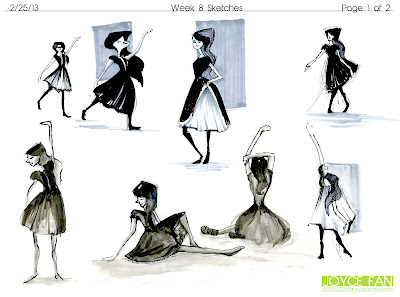 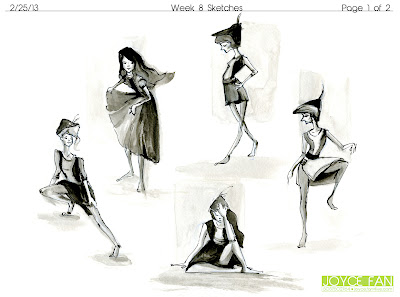 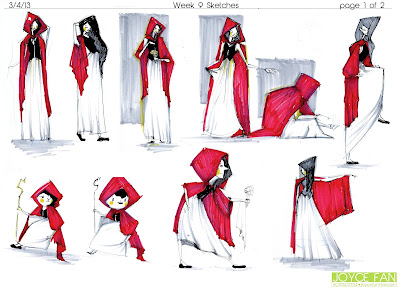 Super fun week! Found markers in my backpack (which happened to match with whatever the model was wearing that day). 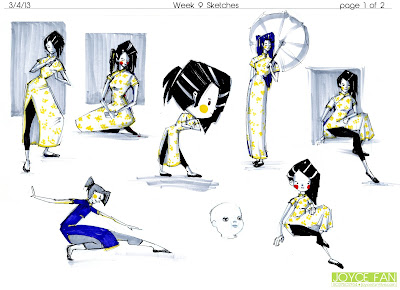 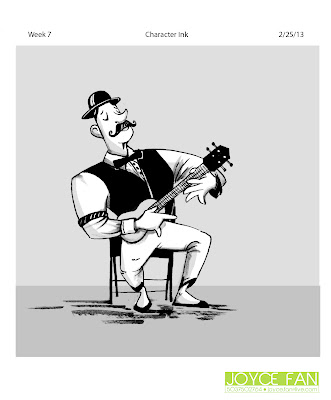 Worse piece of the term. Ran out of time. Line work was done with ink pen (calligraphy pen). 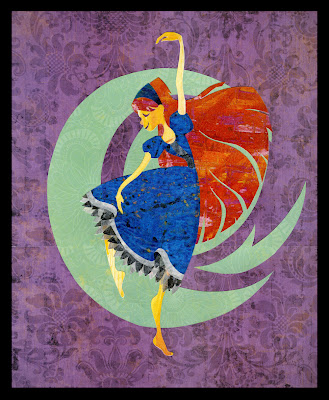 Had a ton of fun working on this collage piece. Finally used my scrapbook paper which has been lying around the house for years. I even used a set of collage papers included in a HOW TO COLLAGE book by Eric Carles (illustrator of the famous caterpillar book) I got as an xmas present when I was in first grade!! I never used it until now O_O those papers were amazing. 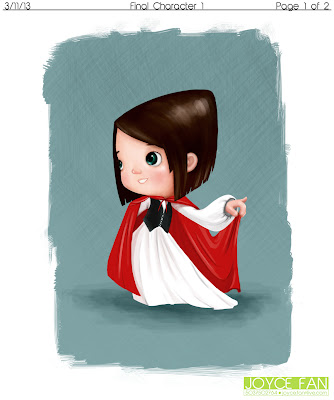 One of my final assignments.  I also have another I did in a comic/Marvel style but anatomy was off so I need to fix it.

I have found a new hobby- drawing people on the bus. Seriously, Portland has the most interesting and unique people. When I ride the bus now I always see people I feel like I MUST draw...Its a ton of fun although im horrible at it but hey, practice makes perfect.

Thanks to costumed figure drawing class, I don't need to stare at somebody to draw them. I can steal a few glances at them and quickly get them down on paper. The trick is to simplify and really pick out details that make them unique. My drawings are still stiff/awkward and not exaggerated enough but i'll get there eventually... 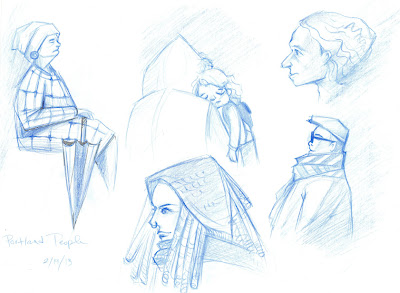 Posted by joirobo at 7:57 PM No comments: