Thought I'd better post a few recent works before I forget about them later. 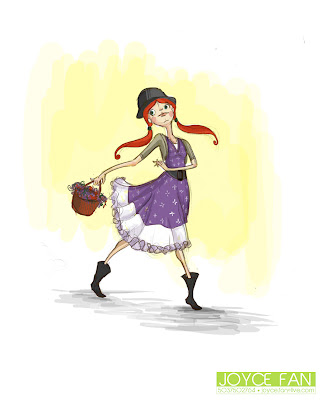 Just finished this one yesterday. Purpose was to exaggerate a pose and design a character based on a live model we had during class. 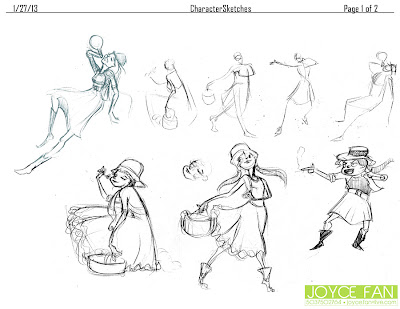 Exaggerated sketches based on live model. I also liked the pose of the one in the bottom left corner. I might go clean it up and color it as well. 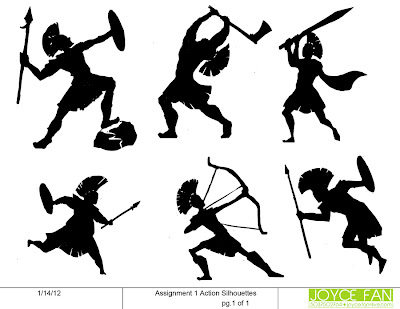 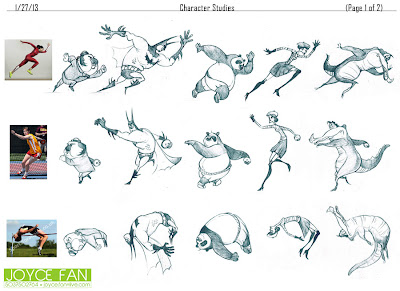 Assignment was to pick 5 track & field poses, draw given character references into the poses. I've done a similar assignment a year ago, but this one was much more challenging. I think if i was asked to do this assignment last year, I wouldn't have been able to do it. 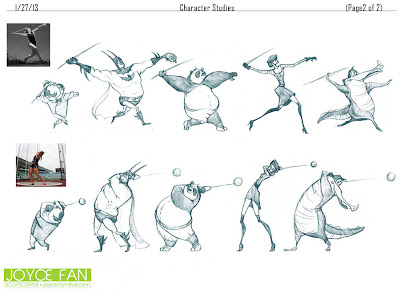 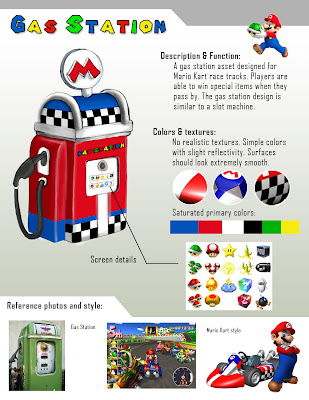 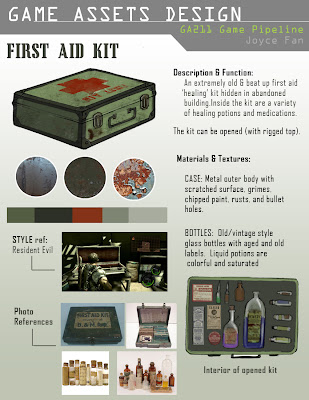 Taking a game pipeline class (basically learning about the whole game production process and making game assets). We had to design a game asset for our first assignment. These were my designs and proposals. 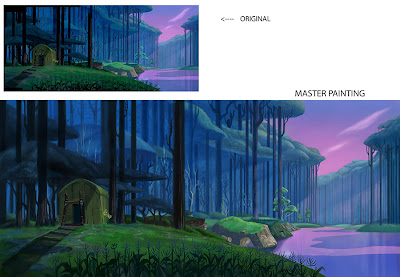 Works from last term's concept design class. We had two weeks to do a master copy. Basically we had a choose a background scene done for a real animation and copy it as accurately as possible. We were not allowed to sample colors, trace, etc. The bottom version is my finished copy. This is a background from Disney's Pocahontas.
I was shocked by how much I learned through copying a piece. Before, I've always had this mindset that copying was pointless and a big no-no.  But now I realized that copying as practice is probably one of the best ways to learn and feel a piece from the perspective of the original artist. 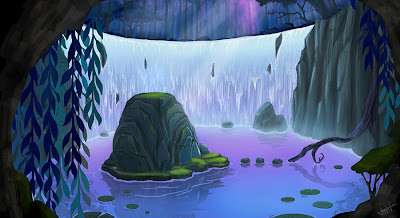 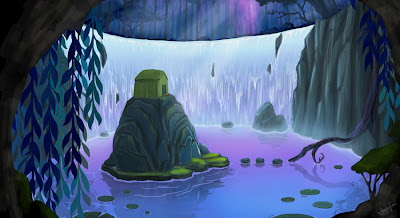 And then we had to design our own environment based on the style of our master painting. This is my finished version after getting a helpful critique from my instructor. He thought this was one of the weaker compositions out of all my other thumbnail sketches. He also preferred the version without the house.
My digital painting skills still needs a ton of work...eek 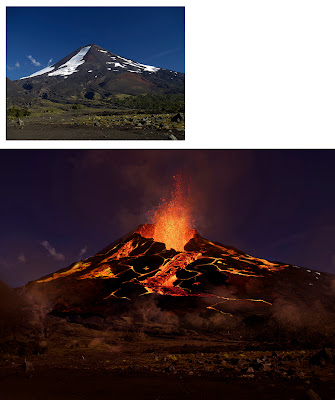 From last term's digital matte painting class. Assignment was to add lava to a scene. I posted an unfinished version a few entries earlier. Here is the finished piece. 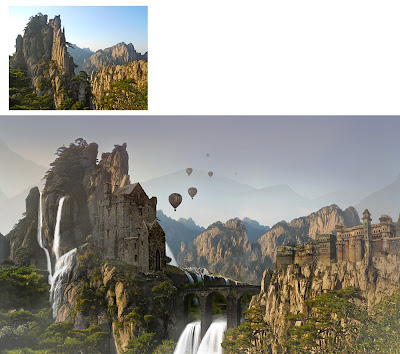 Final matte painting was a fantasy environment. Not particularly proud of this piece although it took a lot of work.  Had a very difficult time finding the right castle to fit into this piece, even now it looks a bit awkward. 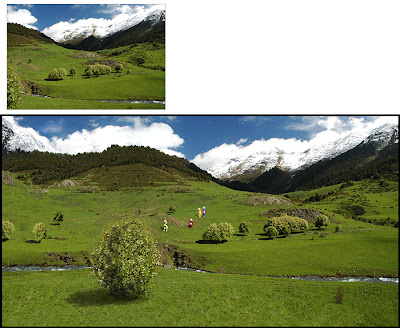 Midterm assignment was to expand the given image. I didn't bring in any new images, just used a lot of cloning and stamping. I didn't turn in the assignment with the teletubbies, it didn't hit me until I looked at it again and thought there must be teletubbies there.
Posted by joirobo at 3:00 PM No comments:

Since I've finally found a place to upload powerpoints, I can finally share the short story I made during my very first term at Ai (which was like 2-3 years ago). The original included sound effects and short melodies, but the file was too big to uploaded so I removed all the sound files.

It's nothing amazing, but some people may find it entertaining :) Maybe I will make something like this again to see how far I've come during these last few years?

A powerpoint presentation I did last term for Earth Science. There is a mistake in the speed and capacity, it was supposed to be 65 miles per hour (not 35 miles per second). I did all the illustrations (in photoshop) to make the presentation more entertaining. Here are better quality pictures of some of the illustrations. Each one took around 10-15 minutes to draw total. 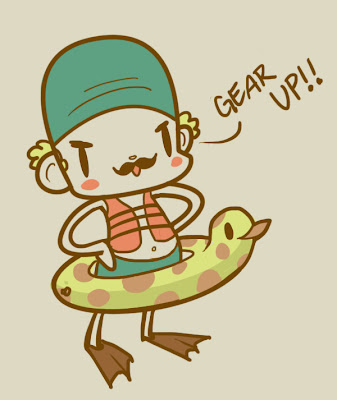 This one was supposed to be punny. 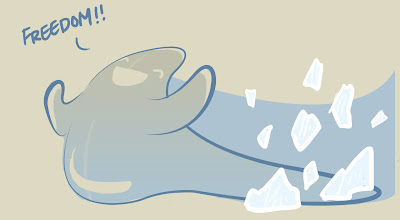 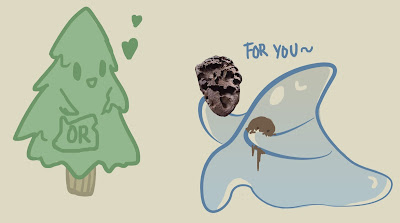 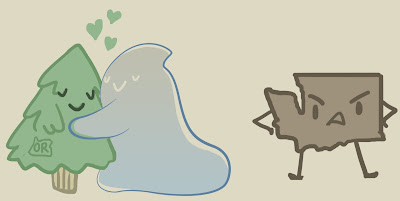 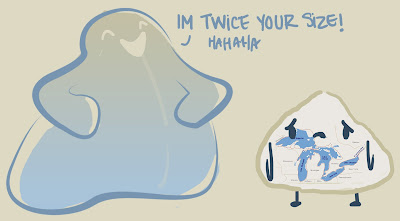 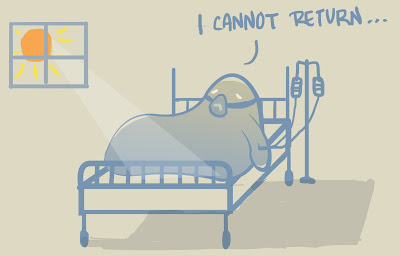