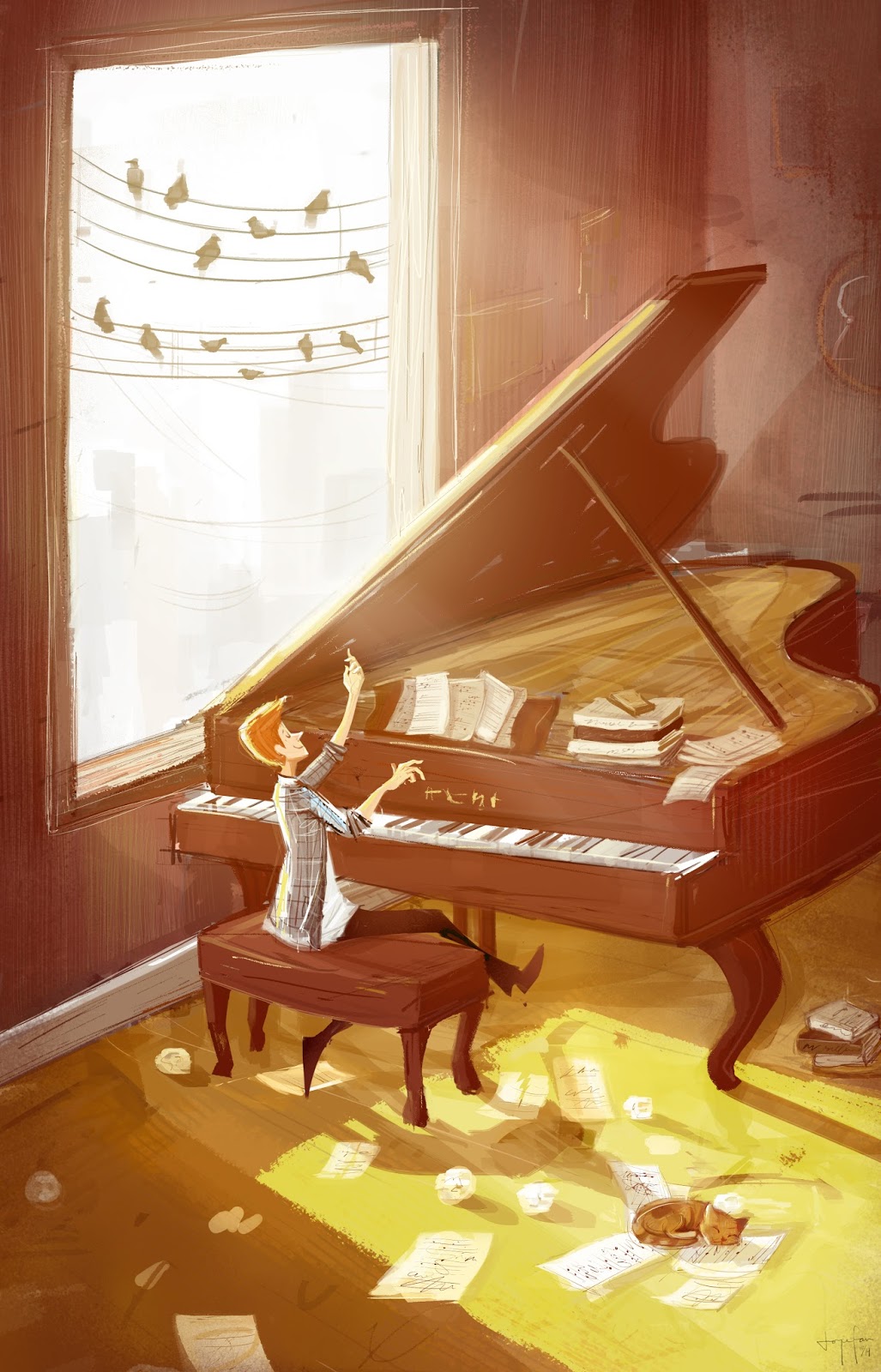 I didn't want to tighten it up too much so I left everything rough and loose. Felt that it was more important for me to capture the feeling I envisioned. I've been wanting to play around with lighting for awhile since its something I wasn't taught much about in school.

I think one of the most important aspect of this piece was getting the hands right. I learned in school that hands could be one of the most expressive part of a piece and its definitely true. Sadly, I still often struggle with drawing hands but I've come a long way! I used to draw characters with their hands behind their back or in their pockets so I could avoid the frustration haha! Now I can draw hands without having to google the PERFECT angle (or another trick is to photograph your own hand with your phone- quick and easy).

Anyway, this piece was inspired by an OPB commercial I saw when I was a kid. It's been so long but its one of the few commercials that etched in my memory because its so darn creative and clever!! 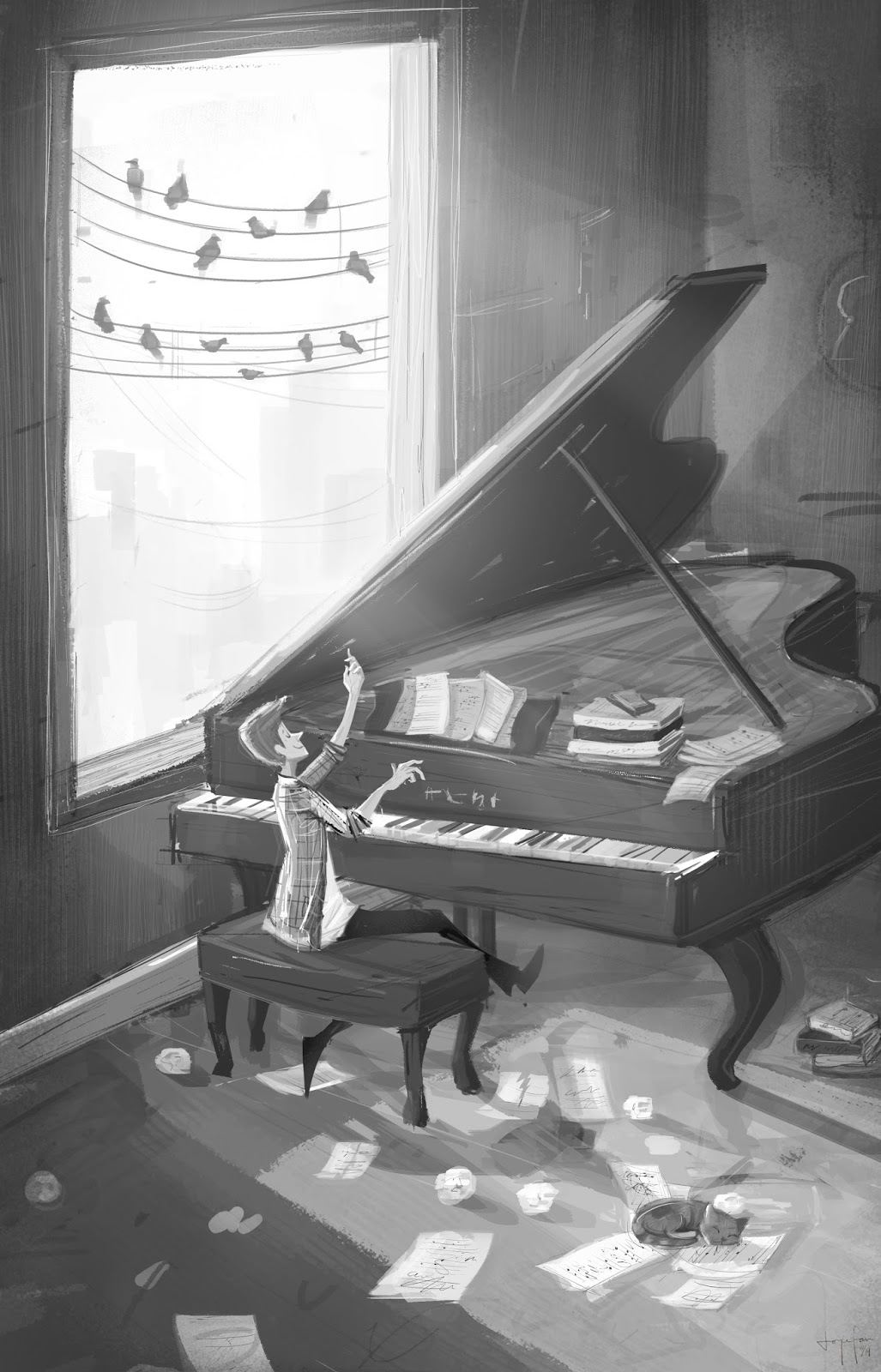 One thing I learned in school that changed the way I painted in photoshop was to have a desaturated layer that I can turn on and off while I worked. This helps me keep my values in check. 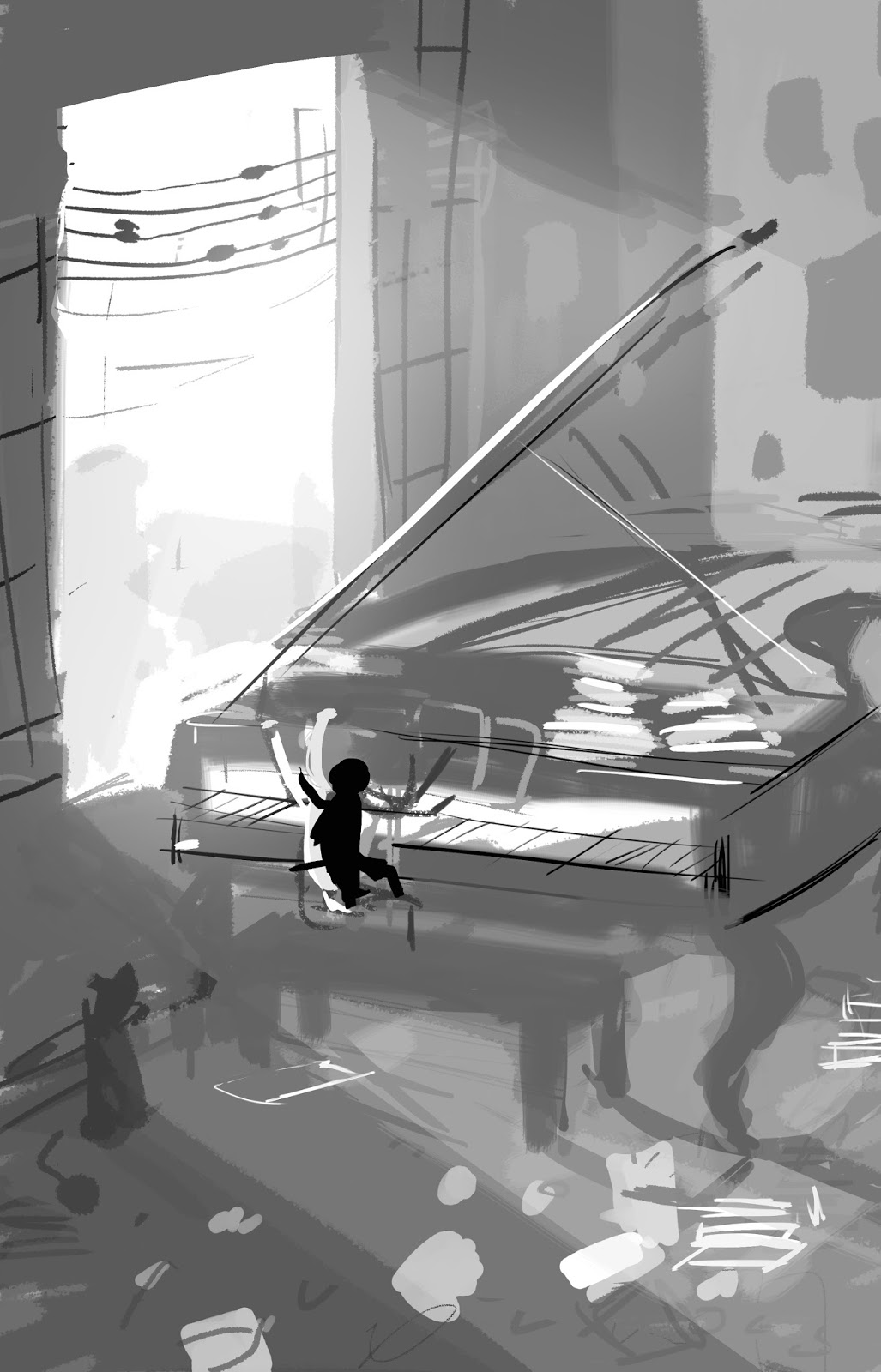 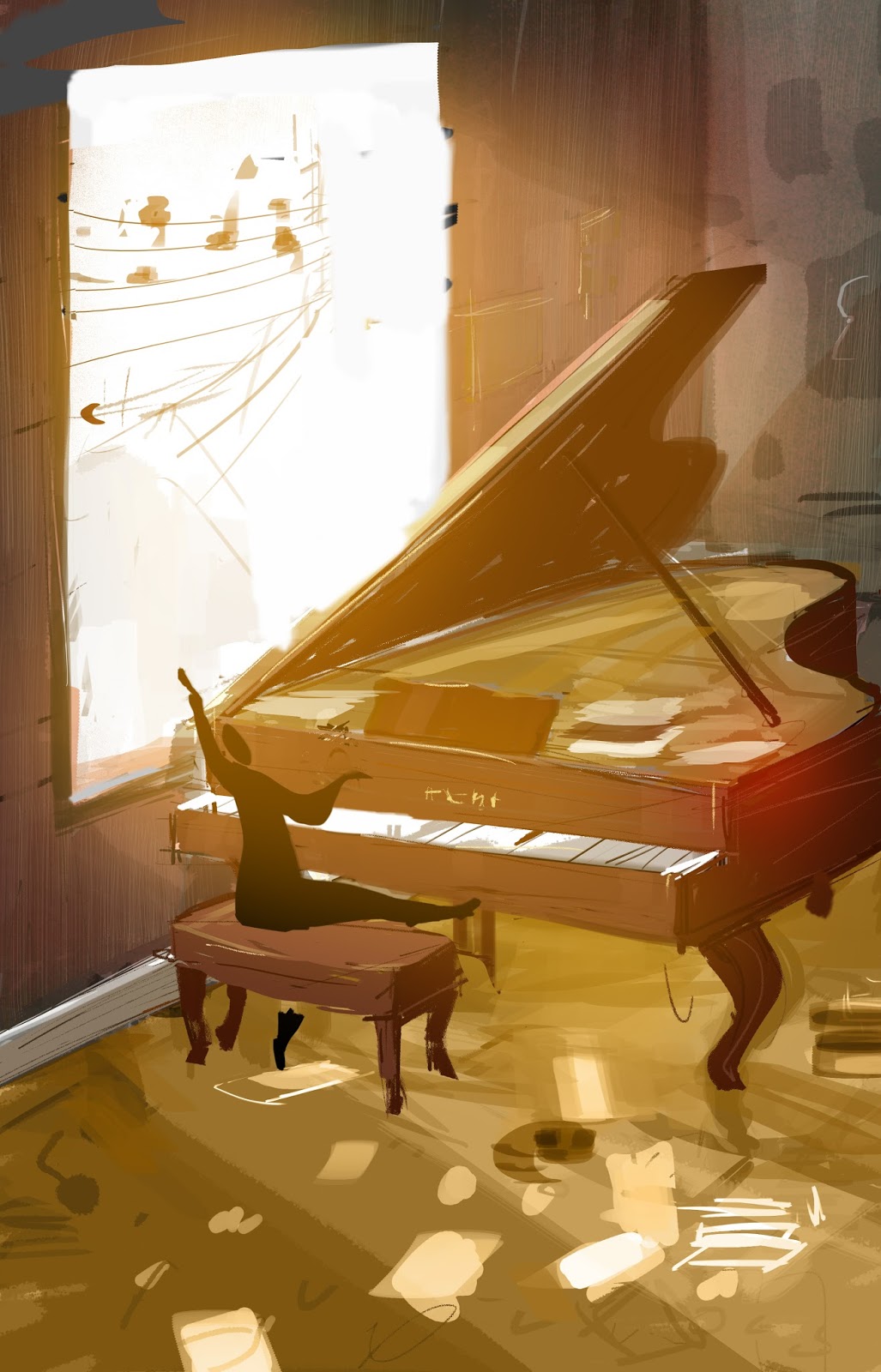 Stage 1 and 2. First stage was literally just scribbling whatever I had in my head without really thinking of anything technical. This stage was done without colors. Literally looks like chicken scratch. Second stage was cleaning it up a bit and trying to capture the mood I wanted. 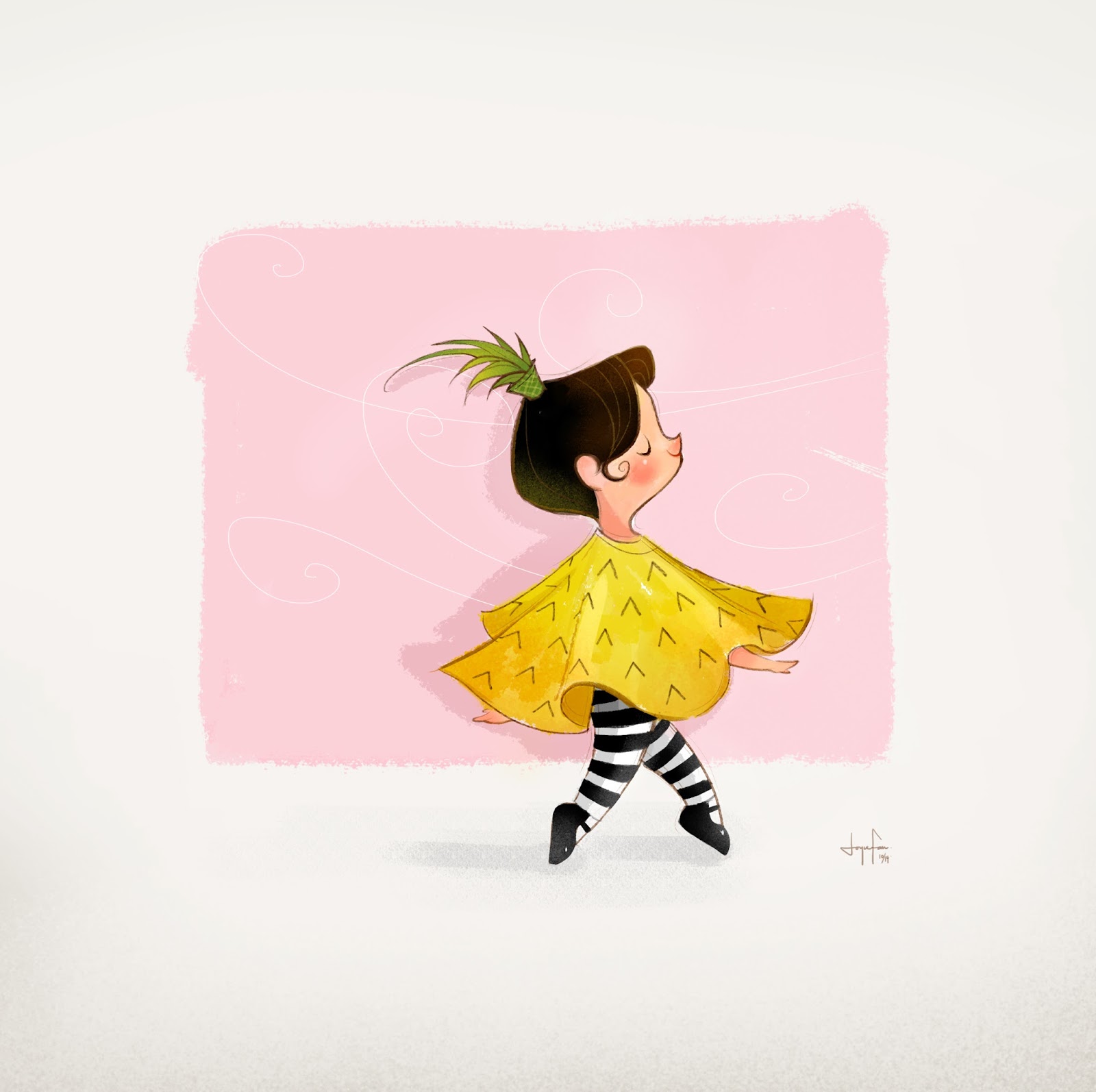 Inspired by the most adorable costume I've ever seen :)
Posted by joirobo at 5:21 PM No comments: 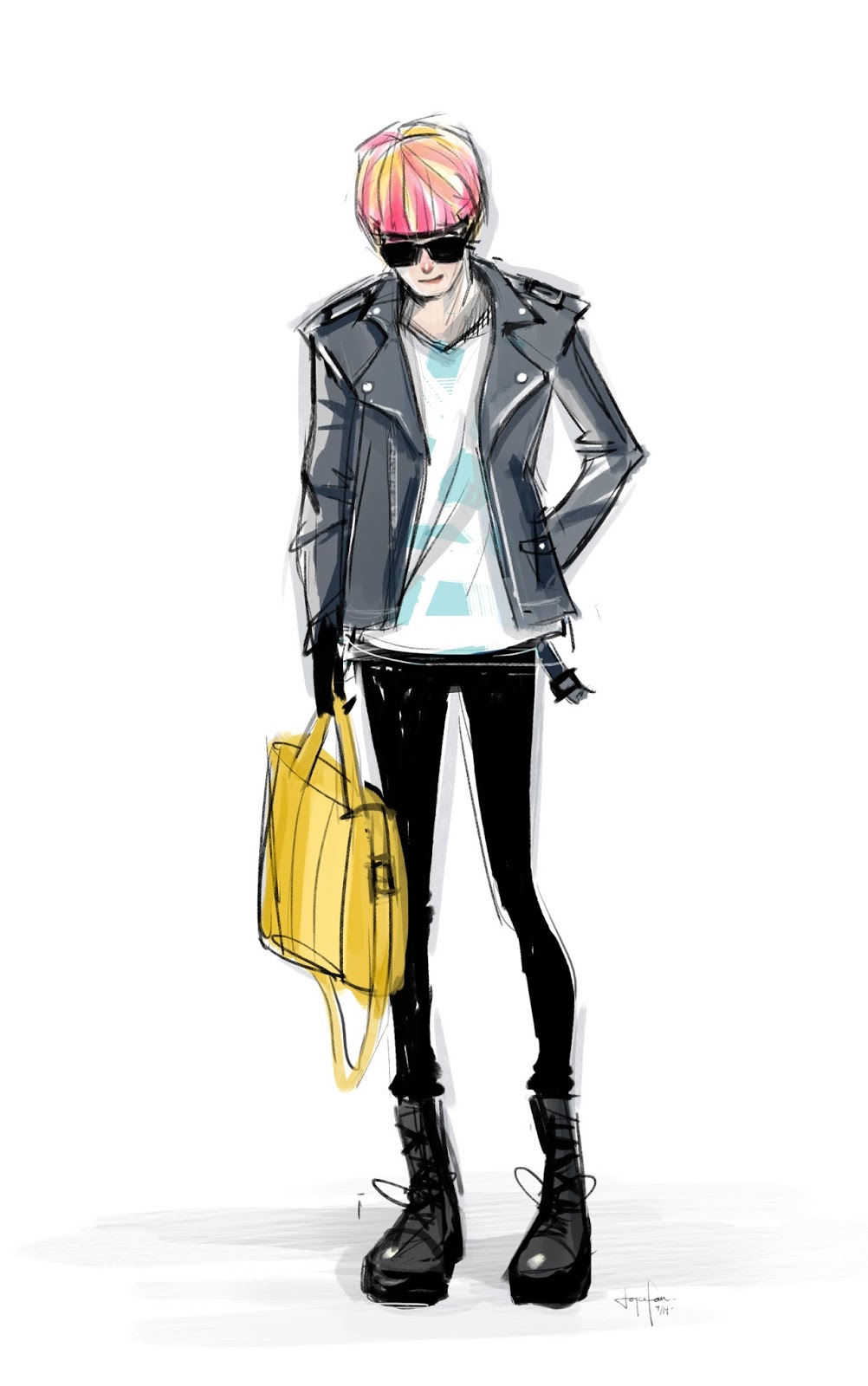 This one is more loose compared to the other two, and also more stylized. I tried to focus more on exaggerating his proportions.

Also all of these 'fashionistas' are wearing sunglasses not because im lazy to draw eyes, but because these are referenced from Korean celebrities 'airport' fashion photos. Long story short, they're photos of celebrities taken before or after a flight. Because all of their fans (and press) are usually there to send them off or welcome them back, they put tons of effort into dressing well. They usually don't have their make-up professionally done before/after a flight, so they hide their faces with sunglasses or surgical masks. Anyways, I definitely want to draw some eyes so this will be the last sunglasses one in awhile. :P

Posted by joirobo at 4:49 PM No comments: